The Rio Fencing Grand Prix Week saw coverage of the FIE and Brasil Esgrima promotional fencing event at La Lagoa, Esgrima na Lagoa. The event featured Brazilian fencers in all categories providing demonstration bouts for the audience, as well as instructional and participation displays allowing visitors to learn more about fencing and give it a try. There were several features for children including 'balloon swords' handed out by volunteers.

In addition to the several hundred visitors during the first day, the Brazilian media was strongly in evidence with full sports news crews including reporters from Fox TV Sports and Globo Sports. Reporters and photographers from the print media were also in evidence with La Dia national daily being the most prominent.

The second day of Rio Grand Prix Week the event featured Brazilian fencers in all categories - including under-13s - providing demonstration bouts for the audience. Sunday saw increased crowds as more people came to the Lagoa park for Sunday festivities.

Visitor numbers were up for Day 2 at the Rio Olympic demo, the Brazilian media presence was mainly newspaper and radio after full sports news crews including reporters from Fox TV Sports and Globo Sports came on the first day.

The upcoming weekend Rio will host the Fencing Grand Prix, presenting the best epee fencers on their road to qualification for the Olympic Games in Rio. 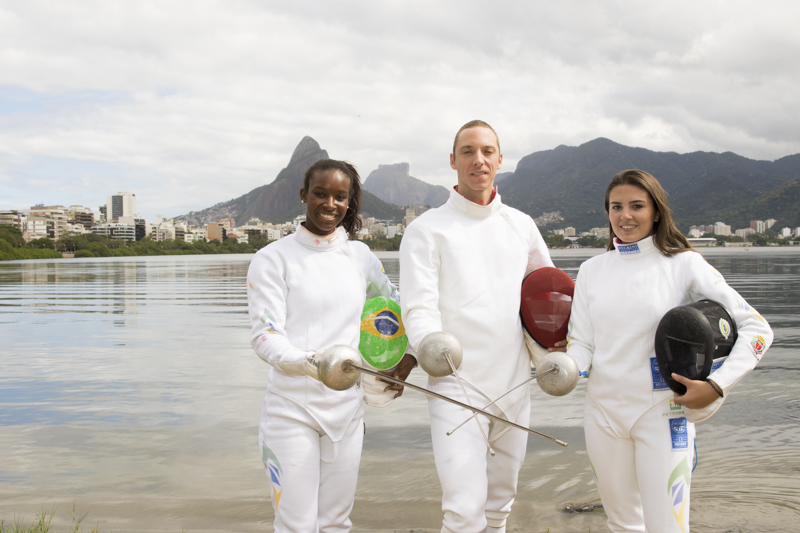 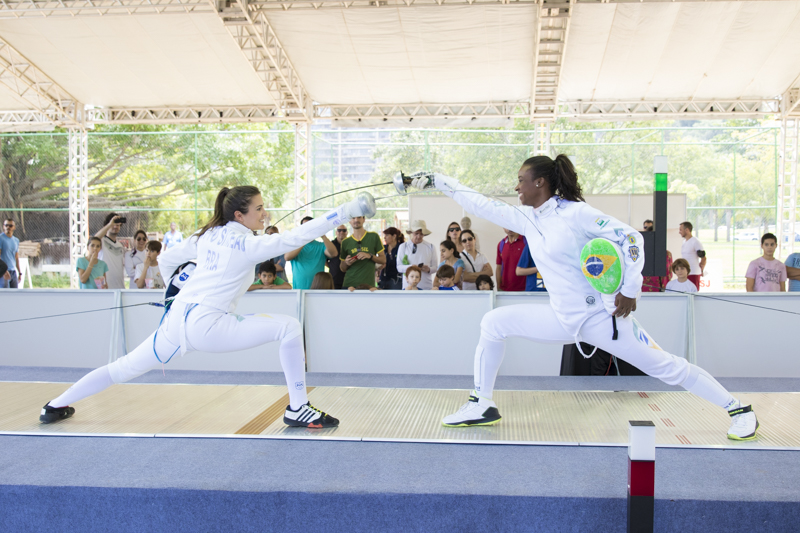 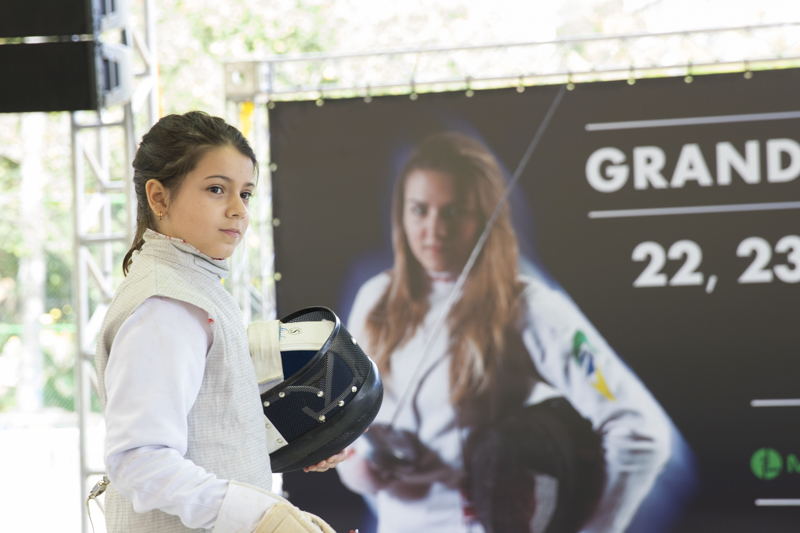 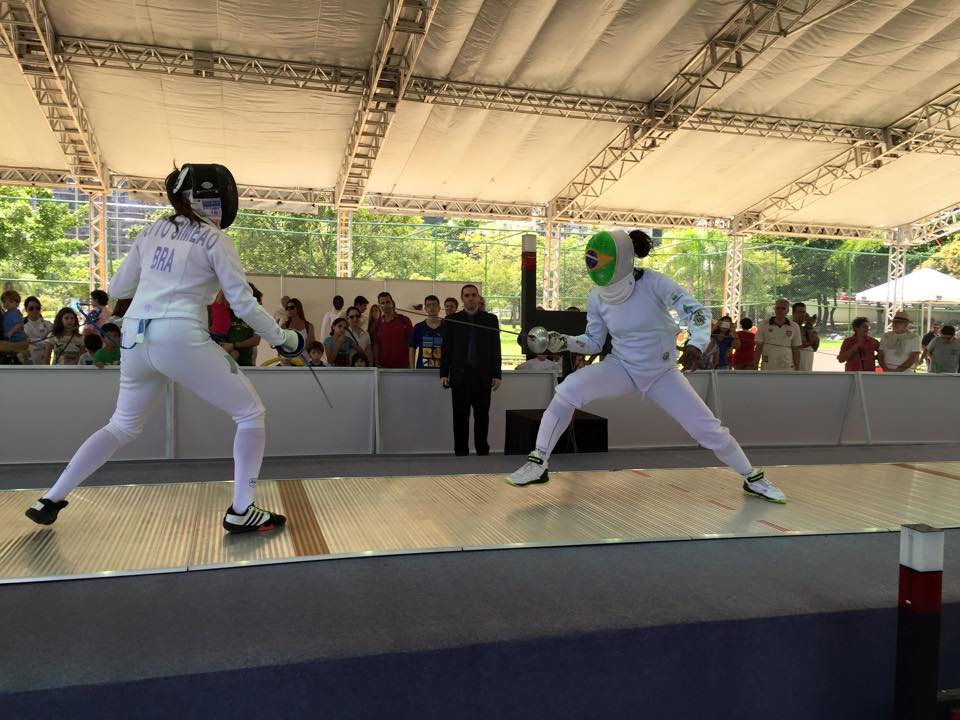 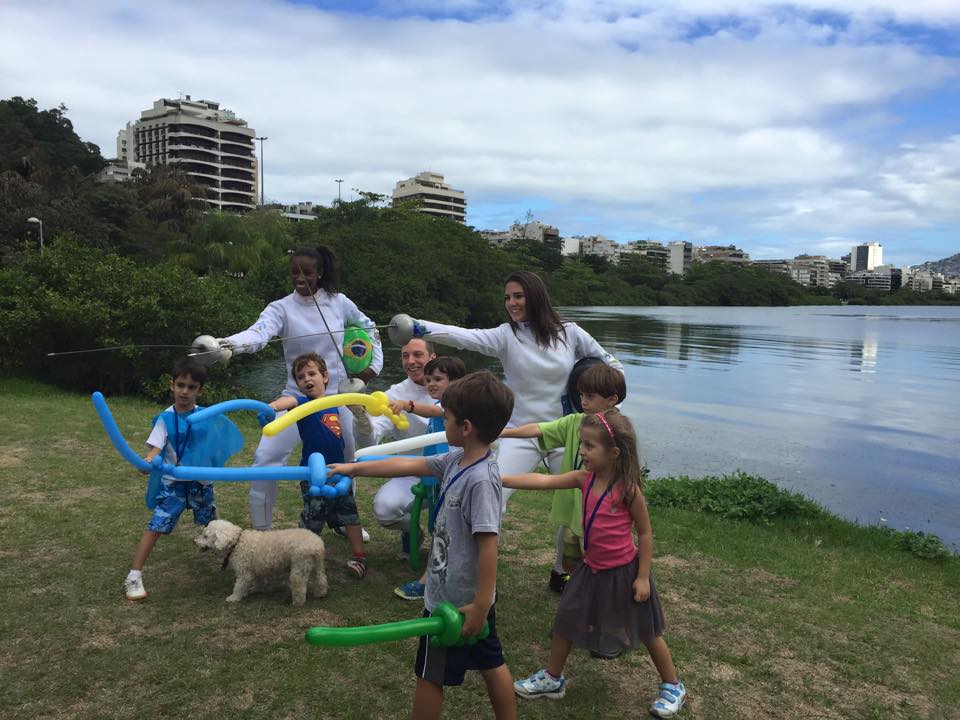 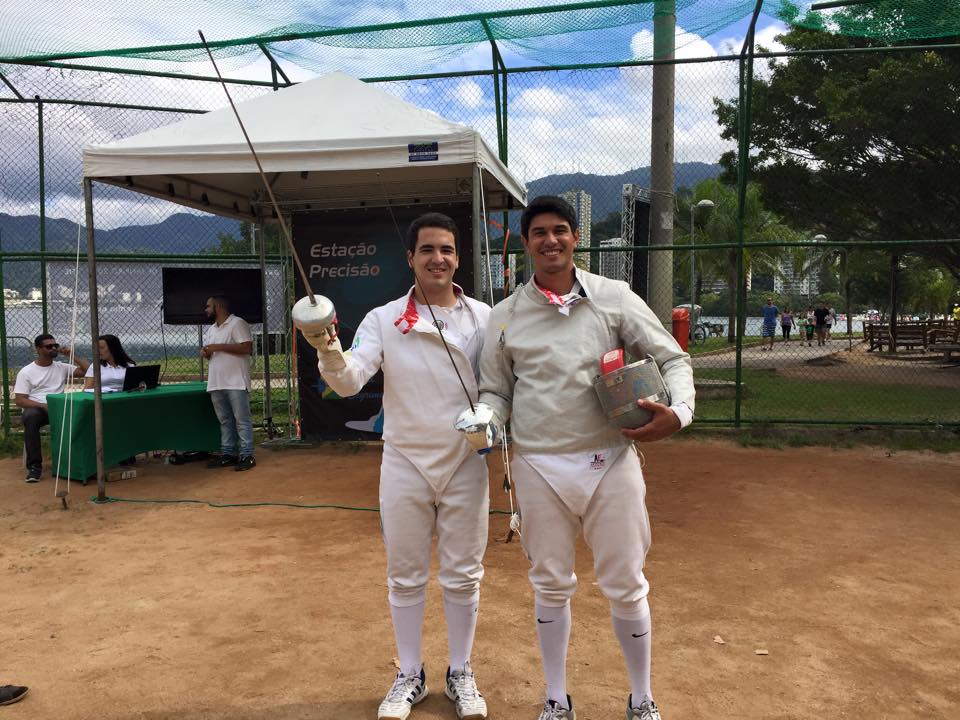 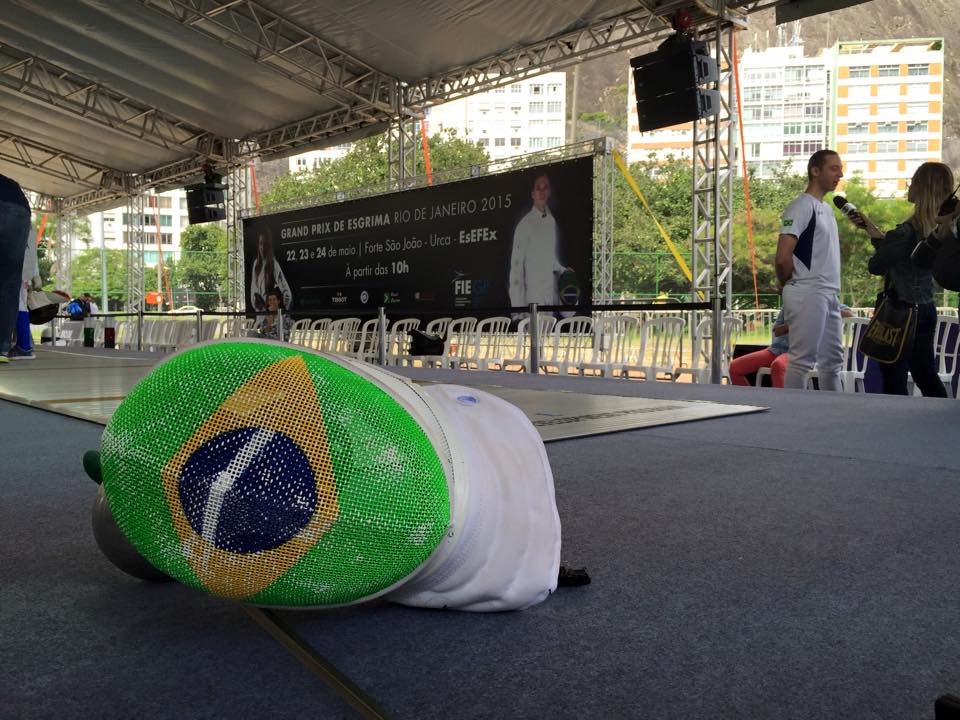