Marton won the final match against French sabre fencer Manon Brunet 15-11, having beaten another French fencer, Charlotte Lembach, in the semi-final, 15-8. She also defeated Russian fencer Yana Egorian 15-13 in the round of eight, giving the Hungarian one of the strongest victories of her career to-date. Brunet also had a strong day, having defeated Korean Olympic gold medallist Jiyeon Kim 15-9 in the semi-final. 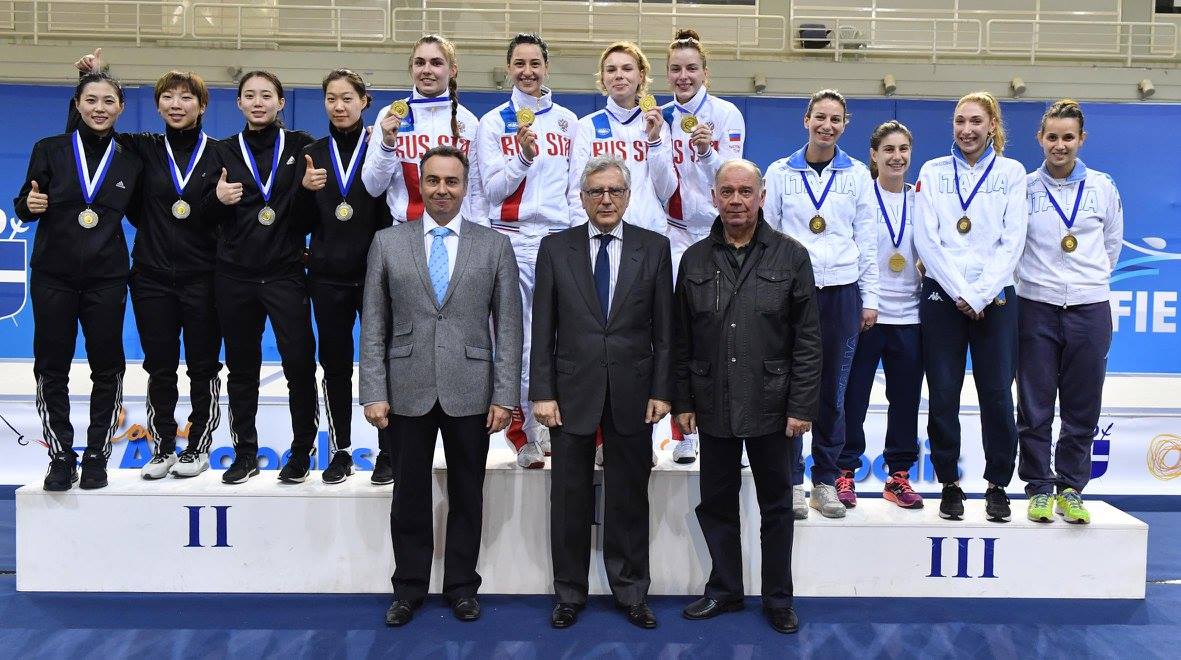 In the women’s team sabre match, Russia overcame Korea in a very tight race for gold, 45-44. Both teams had a tough ascent to the gold-medal round, Russia having defeated Italy in the semi-final 45-34 and Korea beating Ukraine 45-24. The bronze medal went to Italy over Ukraine, 45-33.