Heinzer, who now has six World Cup and three Grand Prix gold medals to his name, battled a tough day against a robust line-up of Olympic and world champions. His final match, however, came against a come-from-behind Cuban, Yunior Reytor Venet, who earned the highest-place finish yet in his career. In a near-upset, the Cuban lost to the Swiss fencer by a single point, 14-13, in a spirited and crowd-pleasing bout. Venet had defeated Finnish epeeist Niko Vuorinen in the semi-final, 15-14, while Heinzer took out French champion swordsman Yannick Borel 15-12.

“It’s unbelievable, two years ago it was my last world cup win in Heidenheim, also 15-14,” said Heinzer. “Today I had really hard matches and the final was crazy. I didn’t know him, he was a player like me, he had fun on the piste and in the end I had a little bit more fun.” 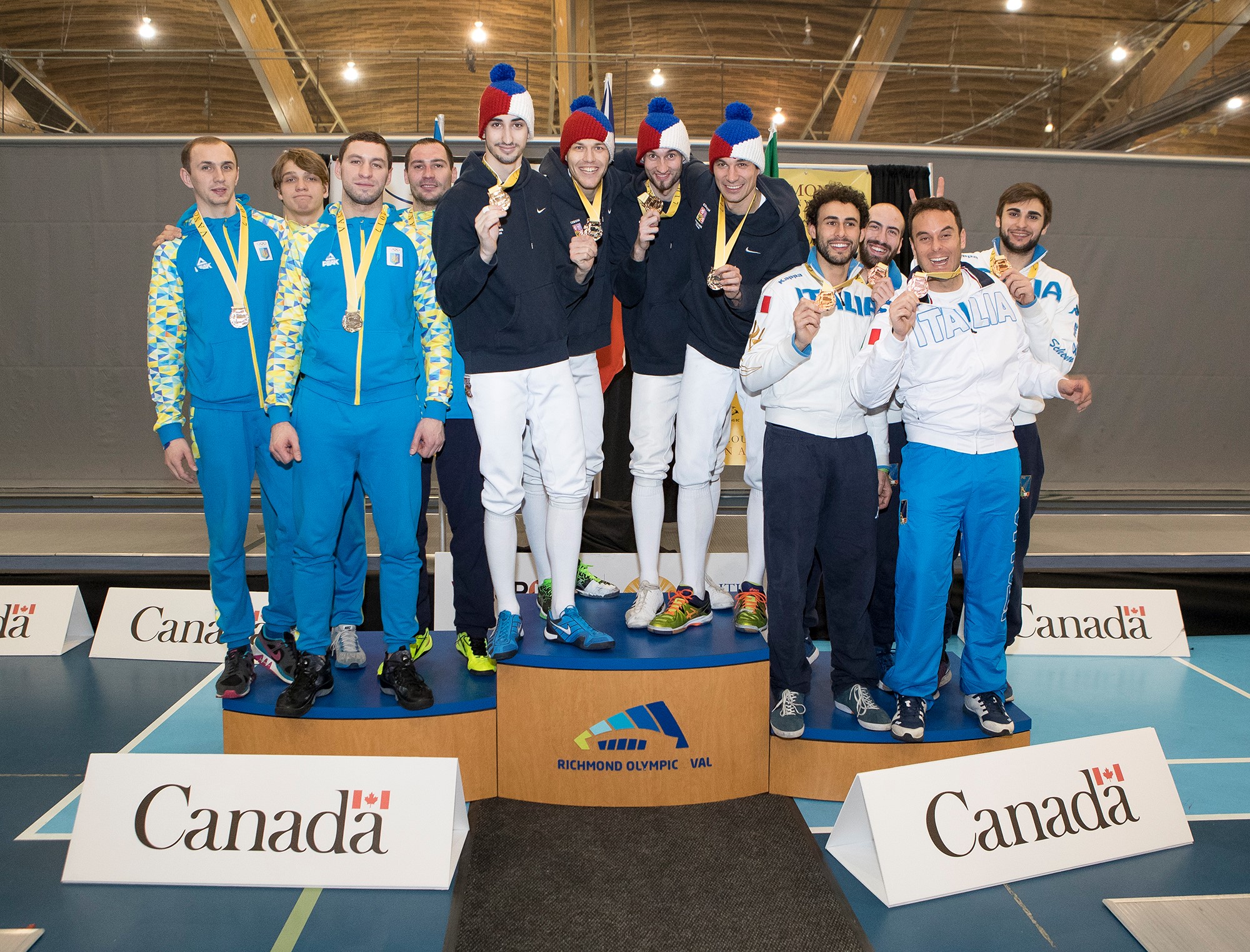 In the men’s team epee event, the Czech Republic earned a stunning gold for the day, defeating the 2015 World Championship Ukrainian team 40-35. Prior to the final, the Ukrainian men took out Italy 40-39 and the Czech fencers defeated France 45-44, both very strong and closely fought accomplishments for the finalists. The bronze medal went to Italy over France, 45-38.