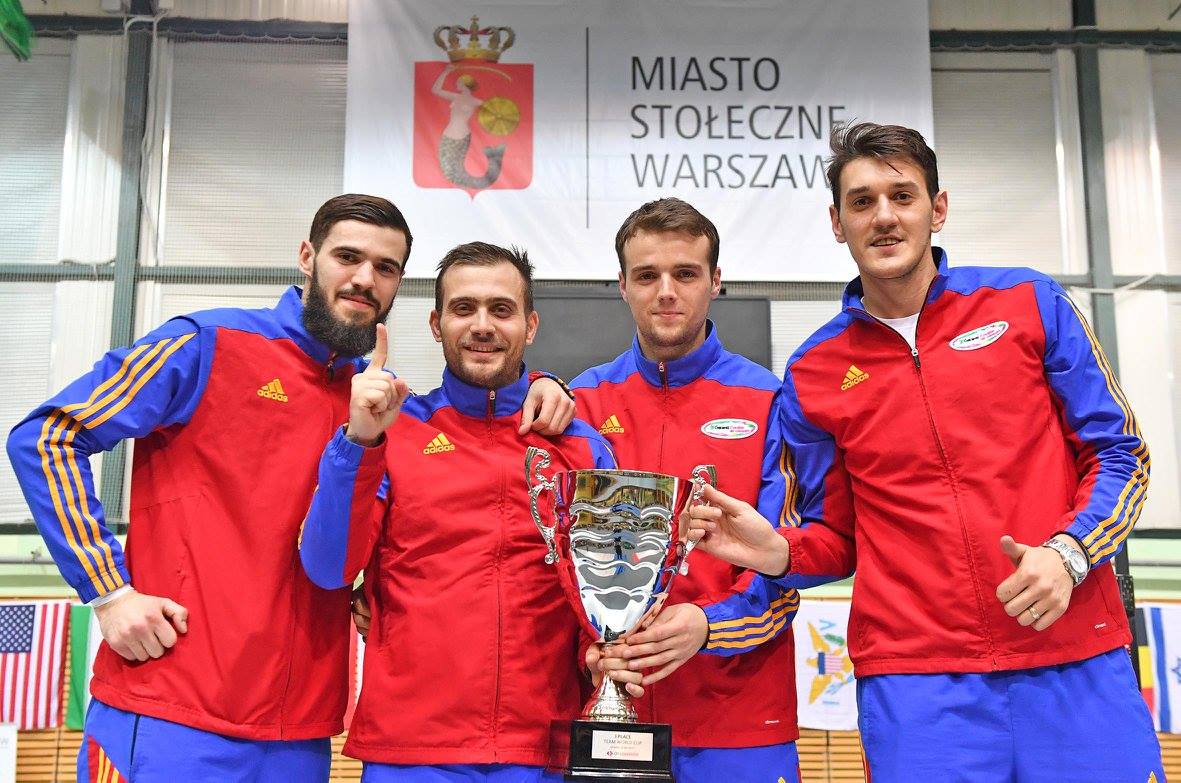 In the men’s team sabre match, Romania took a spirited gold medal with a very tight final score of 45-44 against Italy. In the semi-finals, Italy had a strong win against Korea, 45-34, while Romania prevailed in another tight match against Hungary, 45-44. The bronze medal went to Korea over Hungary, 45-43.