“For sure, my hardest bout today was my first one, with [Great Britain’s] James Davis, which was 15-14,” said the Russian champion, referring the round of 64. From that point on, he won all of his bouts with a comfortable margin all the way to the finals. 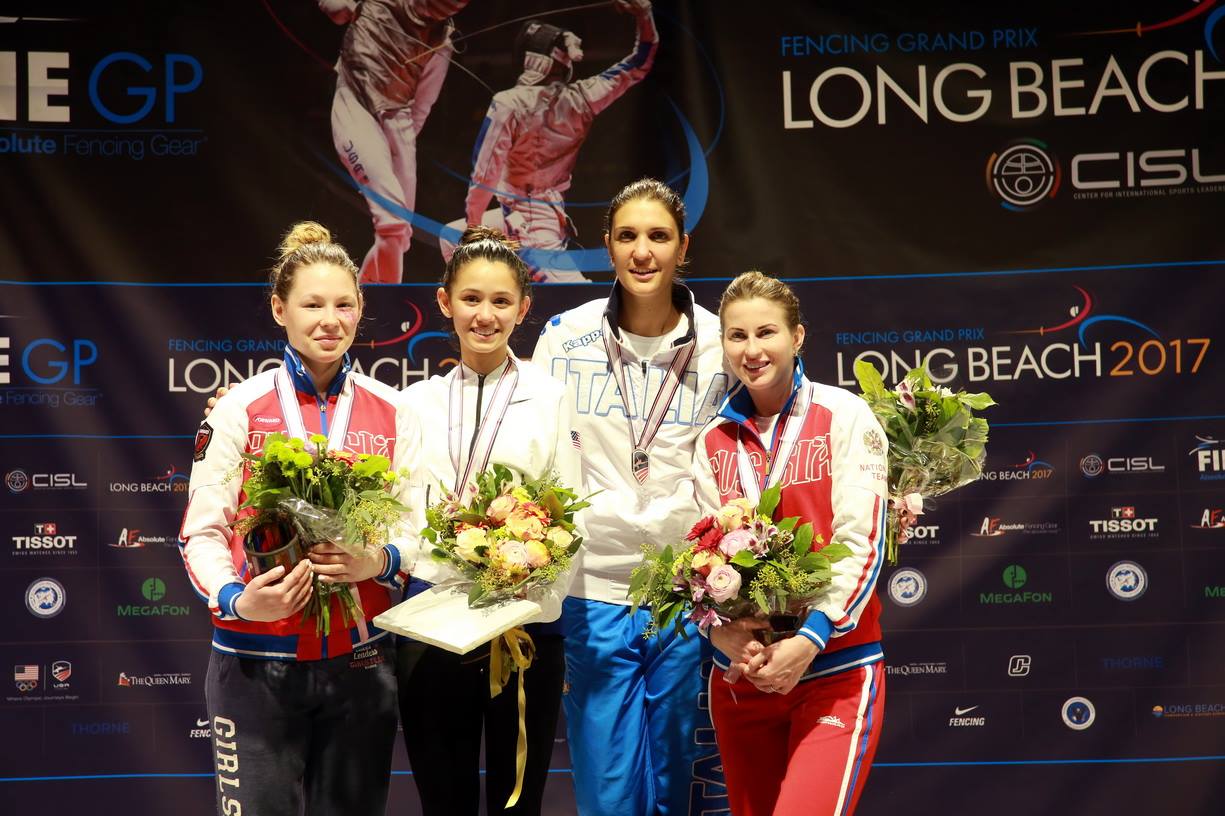 “I had a lot of focus and I told myself I was going to take my time, and I met my goal,” said the American champion.

Kiefer defeated teammate Margaret Lu 15-12 in the round of 8, and overall had a very strong day before making the finals.

The Grand Prix was very challenging, featuring well over 100 top-ranked fencers from around the world in both men’s and women’s events, including multiple world and Olympic champions. The event was temporarily interrupted for more than an hour in the women’s semi-finals by a city-wide power outage in Long Beach before finishing before a spirited crowd of enthusiastic fencing spectators and supporters.

Additional and complete results for the Grand Prix may be found on the FIE web site here.